There’s a quote that being a parent is to forever learn how to let your heart walk around outside of your body. That’s never felt more true than these last few days when Lucas has been sick and we couldn’t do anything but watch him get worse.

This post comes to you via my phone on the pediatric floor of Bronson Methodist Hospital in Kalamazoo. 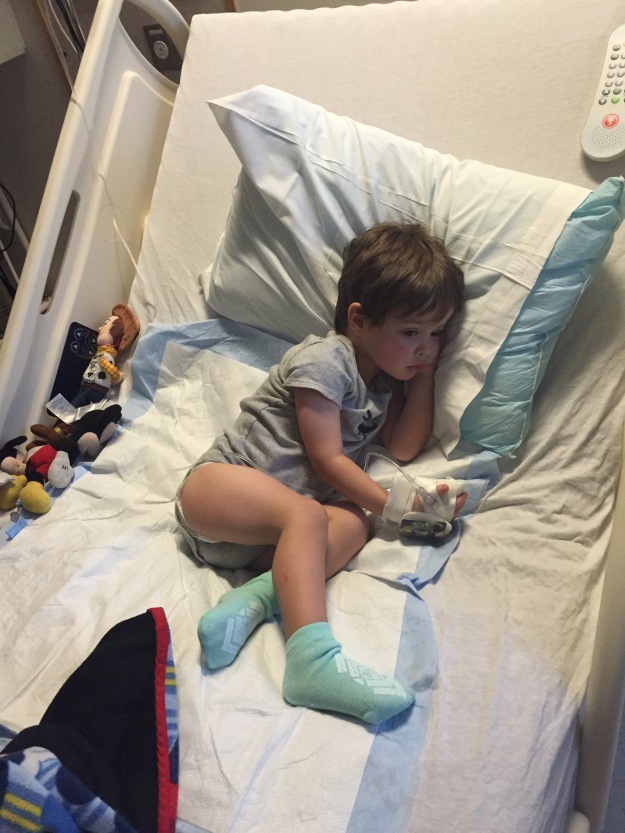 A stomach bug knocked Lucas down and the resulting dehydration delivered the match-winning blow to the house 2 year old. This morning I threw in the towel and took him to the pediatrician who sent him over for some lab work. When the results came in this afternoon I got the phone call that no Mom wants to hear: “the lab results indicate dehydration and he needs to go to the ER for fluids.” We hoped for a long evening before returning to our own beds for the night, but when we got here and they hooked him up to fluids they reran the tests. The doctor ultimately decided that he was getting worse at a rate that he wasn’t going to catch up from on his own with nighttime approaching and it was best for the little man to get some more serious IV fluids throughout the night.

The first good feeling came when Lucas became coherent enough to  realize that he had and IV and tags that he didn’t want. 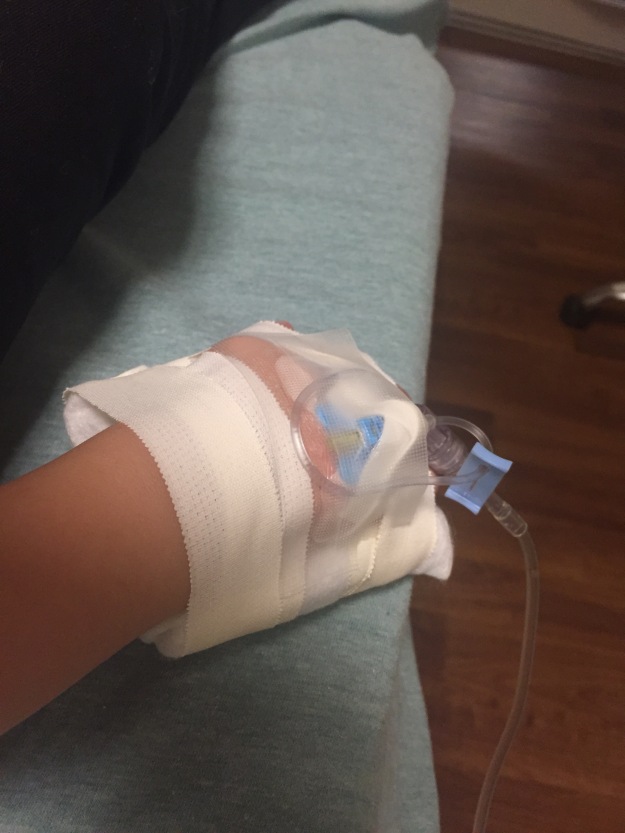 The second good feeling came when he didn’t want Mom and Dad to leave his sight. 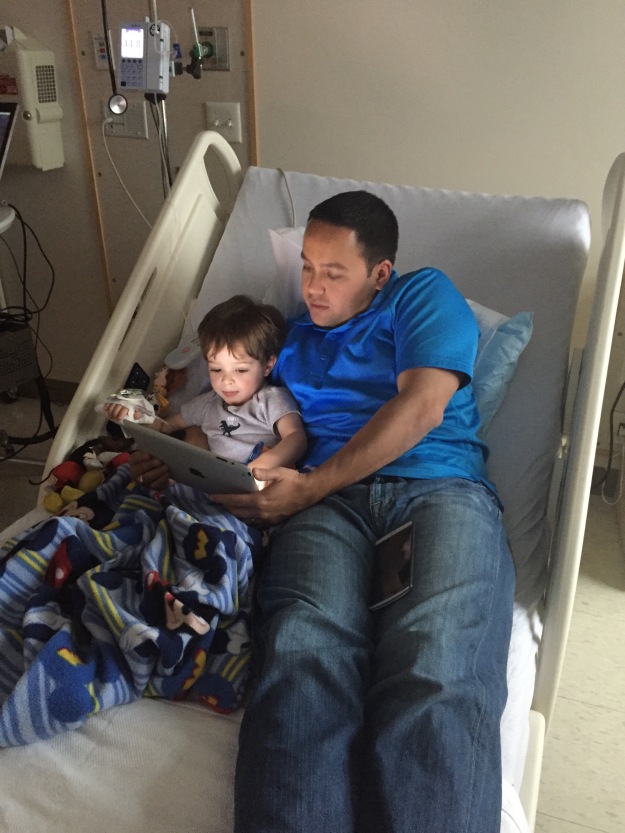 This week’s maternity post is on hiatus until all members of our family are able to sleep in their own beds. I haven’t slept much the last few days which would probably be a stretch from my daily naps reappearing, but don’t ever underestimate what a Mom can do when it comes to her worry of her children.