If my embroidery machine had feelings, I would have crushed them tonight.  Which is ironic because that’s sort of what I wanted to do to my beloved sewing machine come the ump-teenth time that the thread broke and 3rd time that the needle broke.  So instead of committing sewing machine homicide, I decided that the smarter thing would be to walk away from my crafting for the night and try again later.  But just so the blogging world is aware, I owe Lucas’ swear jar some change.

On an unrelated topic, what are the rules against yelling at your child and blasting profane rap music (circa 1990) so that he doesn’t fall asleep?  I was on my way to the grocery store and wouldn’t you figure that of the 6,000 times that I’ve wished that he would fall asleep in the car and didn’t that I wanted him to stay awake and he wouldn’t?  He was totally confused until I hit the produce of the grocery store and my little sidekick was sound asleep in his baby backpack, drooling down my neck.  It was the most peaceful, and strangely not the wettest, trip to the grocery store that I’ve had in a while.

My sewing machine, along with Lucas’ second tooth that keeps coming in and then going away so that it can make a repeat performance, have me so annoyed that I’m just going to practice what my kindergarten teacher taught me: If you don’t have anything nice to say, don’t say anything at all.

Wine tasting: “No, you’re supposed to be over here so that I can kiss you. See?” 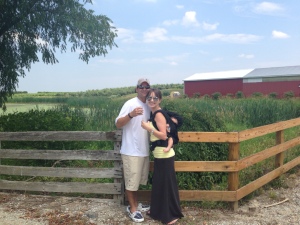 Wine tasting: “Do you think I can photoshop the baby out of the backpack so that I don’t look like an alcoholic mother?” 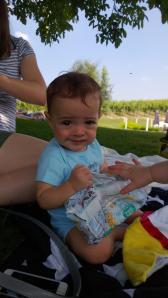 Picnic at the vineyard

How I Spent My 4th of July: With the Gerstner Family on Lake Michigan. Lucas was clearly too interested in the sand to look at the camera, but we’ll work on it

7 Months. He doesn’t want to sit still anymore so these sure are getting harder to take. Also: more adorable.

Enjoyng some dinner at Pizza House in Ann Arbor. It sure is nice to use the patio in the summer 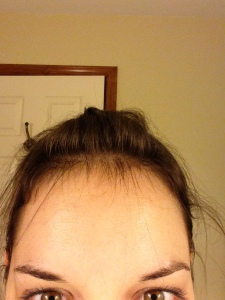 Do you recall me complaining about my hair coming out by the handful post pregnancy. I cut bangs because I had to do something to hide the baby bangs that are growing in. Nice to know that I’m not going to bald from this experience at least. 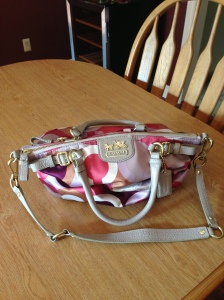 Signs of a real date night:
1. I dug a purse out of my closet.
2. It matched my outfit
3. It did not contain a diaper

I believe that all inappropriate body parts are covered, so here is the traditional baby in the bubble bath photo that every parent (and now myself) has for future blackmail.

Lucas yelling at his toys for floating away 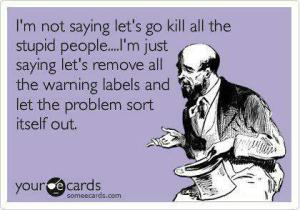