At 28 weeks, I’m getting more and more confident that nothing more is going to fit in my belly.  But oh my God, baby still has about 5 pounds to gain.  He’s continuing to get longer and fatter by the day, which is shocking, I know.  In the last month alone he’s doubled his weight, so what’s good enough for baby is good enough for Mommy.  Except that my weight is following the “spike and plateau” method pretty closely.  After gaining SIX POUNDS last month, I’ve gained nothing the last 3 weeks.  Maybe half of a pound if I’m getting picky, but I consider that a small tremor on the Richter Scale of Pregnancy.  So I’m 28 weeks on Sunday and literally OVER NIGHT I gained 3 pounds.  Soooooo, here we go again and I’m bracing myself for the next spike as I’m dangerously close to outgrowing my favorite pair of maternity jeans.  Hell hath no furry like a hormonal woman who outgrows something with an elastic waist.

Speaking of weight, Mini Me is about 2.5 pounds of adorable baby-ness.  He kicks up a storm about once an hour, is developing sleeping patterns that I’m starting to notice, and he stopped waking me up in the middle of the night.  All is right in the world.  His fused eyelids now open and close, and this weekend I think I felt him hiccup for the first time.  He’s the cutest, most perfect little man I’ve never seen.

If the old wives tail is true that the worse the acid reflux the more hair your baby will have, then I’m preparing myself to give birth to a wildebeest.  Or perhaps John Mayer before he invested in some scissors and a razor:

There’s a face only a mom could love

I have 11 1/2 weeks left, and at this point I’m feeling both like this pregnancy will NEVER end and that 11 1/2 weeks is not nearly enough time to prepare.  Mostly the latter.  Has it seriously gone by this quickly?  I must move furniture, replace ceiling fans, clean carpets, fold clothes, organize the linen closet and finally get rid of the trash in the side yard and yes, darling, these are all essential tasks that MUST be completed before the baby gets here, DO NOT ARGUE WITH ME AND GO HANG UP SOME SHELVES.  I kid, he’s actually been a rock star when it comes to expecting husbands.  The first time I’ve heard him complain since we started on this journey came this weekend when I insisted he clean the carpets yesterday.  He came home from Dallas obnoxiously late on Sunday night/Monday morning, and by 9am I was waking him up and asking him to to pick up a carpet shampoo machine and clean the house.  And even his complaint came in the form of “that’s exactly what I want to do on my day off” but then he got up, rented the machine, and cleaned the house.  I must give credit where credit it due, and he deserves so much for being so good about my requests, demands, cravings, needs, emotions, etc.  We also got our latest electric bill (a new record).  We saved $70 for being on the “time of use plan” which essentially means we’re paying out the ass for all electricity used between 1pm and 8pm, and getting “dirt cheap” electric the other, cooler, 17 hours in the day.  I say “dirt cheap” because it’s Phoenix in the summer and having two air conditioning units in a 3k square foot house costs about as much as purchasing a small plot of land every month.  Angel saw the total and just said “I can’t say that I’m surprised” and nothing more.  I love him for not guilting me about how much it costs every time I turn it down a few degrees because I’m sweating.

Speaking of, I woke up last night at 2am sweating, miserable, and throwing up.  All of these things may have been related.  I eventually made it to the thermostat and turned it down ONE simple degree because you’ve been reading about my electric bills the size of my mortgage payments, right?  Well it worked and I fell asleep feeling as comfortable as I can when I’m carrying around an extra 20 pounds, I’m nauseous, and my belly moves on its own.  This morning I had to laugh at my adorable family’s reaction to the temperature change as proof that all men (and dogs) really do notice a change in their thermostat (the photo is dark because I had the flash off so I didn’t wake them up):

A common question that I get is if I have any cravings.  I’ve really only had one in my first trimester when I called Angel at work and asked him to bring me home Keebler Grasshopper cookies and a box of raisin granola (he was happy to oblige his pregnant wife at that point because it was the first time I was wanting to eat in probably 4 weeks).  Other then that, fruit in general has always sounded good, but not to the point that nothing else would do.  Last night I woke up from a nap and the only thing that I wanted for dinner was a Taco Bell bean burrito.  I honestly can’t remember the last time that I ate Taco Bell, but I’m willing to bet that it was in college and there’s a reason that I don’t remember (blame it on the alcohol).  I have no idea where the craving came from, but I had to go get one because nothing else would do.

There are a few points to make with this post.  First- that I’m back to taking naps (oh my God, they’re like heaven again).  Second- I’m back to getting nauseous.  And third- I’m back to having an occasional, random, craving.  The moral of the story is that I have reverted back to a more uncomfortable version of first trimester– though the symptoms aren’t as miserable the second time.

And while I pop more Tums and try not to puke at my desk from acid reflux, here’s what I imagine my baby looks like this week: 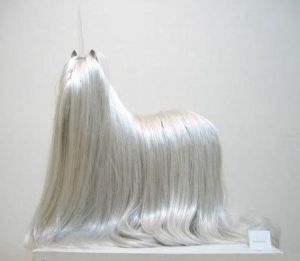 His poor mom. How many Tums do you think SHE had to take?